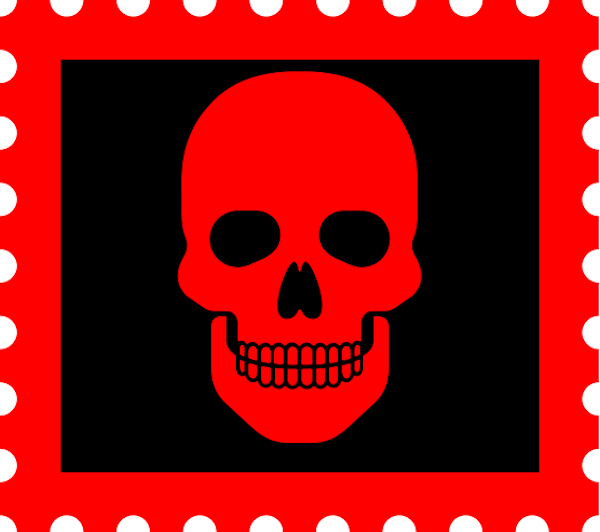 It’s that time of the year again when when all things spooky are in. This Halloween season, brace yourself for thrilling action that will leave you wanting more. You don’t need to go outside and do trick-or-treating, because all the sweet treats and spine-tingling scares are just a click away when you play Halloween-themed slot games online.

We came up with a list of the recommended titles for Halloween. And we guarantee that all nine titles on the list will keep you busy and entertained even after the witching hour. Check them out below: 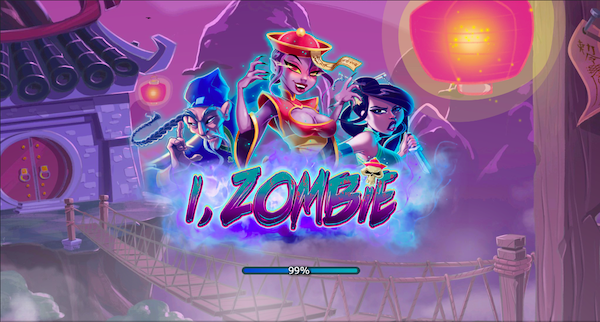 Nope. This isn’t the TV show, although its title does make it seem that it is. I, Zombie is a 5-reel, 25-payline slot from RealTime Gaming that is relatively new. It is inspired by zombie-themed TV series like “iZombie” and “The Walking Dead.” Its storyline is also very familiar. A Chines city is declared to be in a state of emergency because of an air-born virus outbreak from a nearby research facility. Anyone who contracts the virus turns into a zombie, so players are advised to suit up and arm themselves with the right fighting gear to combat the zombies and brig home awesome prizes. 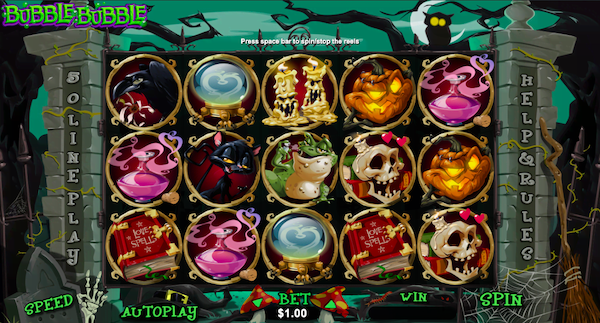 Another RTG staple, Bubble Bubble is a 5-reel, 50-payline slot game that delivers spellbinding action. In this game, you won’t be seeing the typical witch with green skin, wrinkled face, unkempt hair, and scary aura. Instead, you are greeted by sexy witches donning high heels, sultry stockings, and cleavage-baring black dress. It’s clear that with this game, you won’t be dealing with toil and trouble. You are more likely to relish the bewitching prizes and bonuses available in this game. But then again, this is a witch-themed slot. So you’ll still have to deal with a variety of spooky items, including skulls, spiders, Jack O’Lanterns, ravens, black cats, frogs, and spell books. 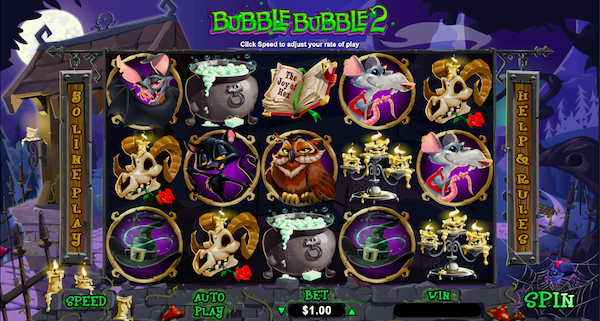 This game is the sequel to RTG’s Bubble Bubble, and, for the most part, it delivers the same kind of enchanting entertainment. Like its predecessor, Bubble Bubble 2 is a 5-reel, 50-payline video slot. It features the same type of witches in terms of appearance. But you also need to take note that the witches in this game are more powerful than before. However, you’ll do extremely well if luck is one your side. After all, this game features more symbols and more ways to win compared to the original title. It even has a trio of free spins bonus rounds that can lead to massive payouts. 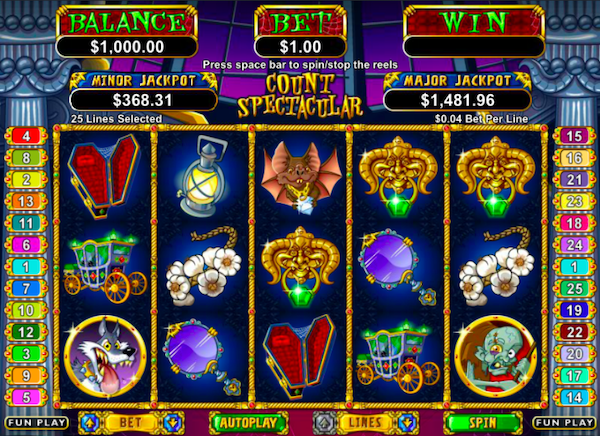 Don’t be afraid when you are playing this game because it’s not Count Dracula that you will be dealing with. You will instead interact with the titular Count Spectacular, who is not so keen on giving you the creeps. Count Spectacular is a 5-reel, 25-payline slot by RTG. From its name alone, it’s obvious that the game draws inspiration from vampire-themed movies and books. Nevertheless, its gothic graphics are definitely more cute than creepy. Reasons to try this game this Halloween season include expanding wilds, scatters, two randomly triggered progressive jackpots, and a mysterious free spins bonus round. 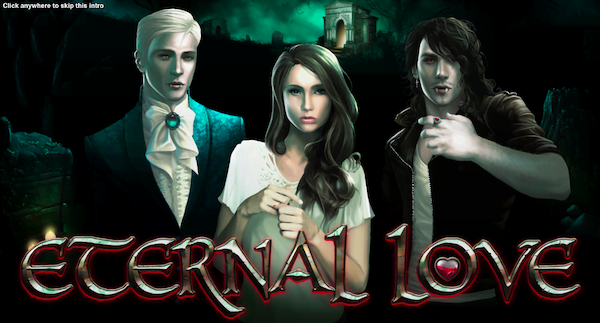 This game is RTG’s response to Microgaming’s ultra-popular Immortal Romance video slot. The game is vampire-themed and it borrows some elements from the “Twilight” movies and the “True Blood” TV series. It is a 5-reel, 243-payline slot that revolves around the story of never-ending love, thanks to the immortal nature of the characters. With its excellent quality graphics and enticing sounds and animations, Eternal Love is a game that easily draws players in. The standout feature of the game is Extended Life, which basically gives players extra free games to enjoy until the total win is up to par with the life force value. 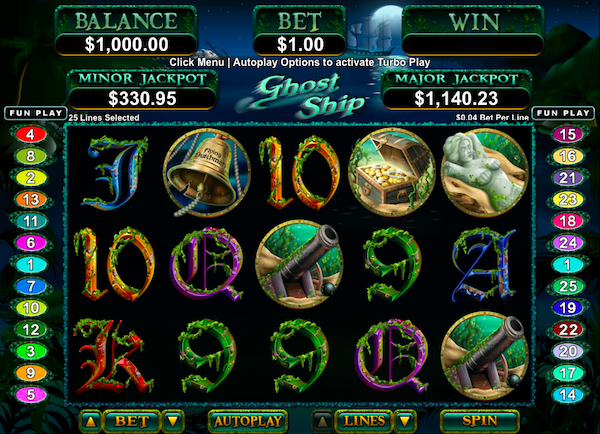 Here is another video slot that’s inspired by mainstream horror movies. It features an abandoned pirate ship along with a multitude of symbols. When you play the game right, you could end up unlocking the secrets of the Flying Dutchman, or the treasure-filled ghost ship that is cursed to never dock at any port. As usual, this is powered by RTG software. This 5-reel, 25-payline progressive video slot could be your ultimate destination this Halloween 2018. That is if you are serious in targeting the two individual progressive jackpots of the game. The Minor and Major jackpots do not offer huge amounts of money, but they could be triggered more frequently for incessant winnings. 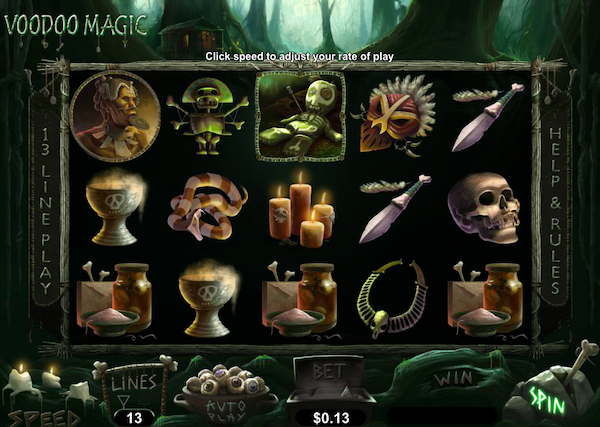 You don’t need black magic to play RTG’s Voodoo Magic. However, you will some mojo to win loads of prizes and bonuses in this game. This 5-reel, 13-payline video slot can definitely take you to a dark experience. The symbols it features includes eerie dolls, masks, skulls, and poison. It wild card is the creepy Priestess icon, while its scatter symbol is the Voodoo Doll. If you really want a spine-tingling experience this Halloween season, then this horrifying game is the one for you. It’s filled with free spins and prize multipliers, so you will surely enjoy this game on top of getting your regular dose of horror this season. 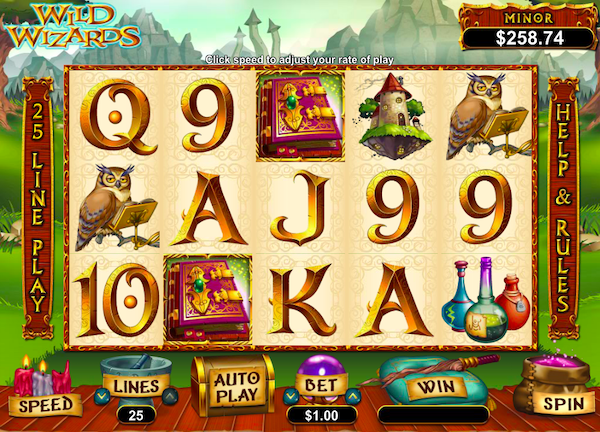 The wizarding world of Harry Potter is a bespoke realm of magic and fantasy. RTG’s Wild Wizards features a portal that will lead you to a place where all things magical happen. Wild Wizards is a 5-reel, 25-payline progressive video slot. The game is set against the backdrop of a magical land with mountains and age-old castles in the background. Apart from the magical symbols, you should also be on the lookout for the jackpot prizes that are at stake when you play this game. It’s also worth noting tat the game has this really haunting soundtrack that fits the overall theme so well.

“Double, double, toil and trouble! Fire burn and cauldron bubble!” Yep. That’s the verse that comes to mind when talking about this witchcraft-themed video slot. This Halloween 2018, dress up as a witch and enter a game that’s made specially for those who are bold enough to engage in witchcraft. This 5-reel, 25-payline progressive slot from RTG is targeted at slot lovers who are into spooky soundtrack and magical animations. In this game, you need to befriend the toad because it is one of the high paying icons. You should watch out for other symbols like eyeballs, candle, black cat and cauldron, as well.

Play any of these Halloween-themed games at CasinoMax, Cherry Jackpot Casino, and Roaring 21 Casino now and get awesome prizes. Hurry! Don’t miss the fun and games this Halloween season!