A Closer Look At Microgaming 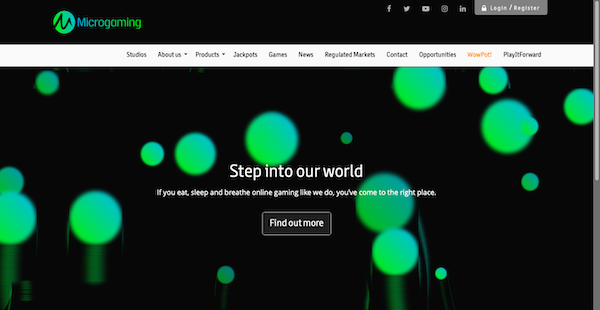 Microgaming is among the pioneers in the iGaming industry. It has been around way before RealTime Gaming and BetSoft. But aside from its high quality games and software, it is also known for having the largest progressive jackpot network, which has already paid out over €1.45 billion to date.

Believe it or not, Microgaming is actually one of the first software providers in the history of iGaming. The brand is even known for developing the world’s first true online casino software back in 1994. It is also credited for launching the first mobile casino software in 2004.

Microgaming has come a long way from its early days. It now has a towering headquarters, called Sixty Two, on the Isle of Man that was officially opened on July 31, 2017. The five-story building is where its pool of enthusiastic experts, veteran developers, and other professional workforce churn out the company’s array of high-quality software and online casino games.

As one of the pioneers, Microgaming supplies award-winning online gaming software to a large number of online casino operators from different parts of the world. Despite already being a huge success in the industry, the software provider is still very determined to maintain its standing on top of the market as it continues to release new games and products every month.

MIcrogaming is proud to say that it has over 1,500 exclusive studio and top-performing partner games available on its platform. Among them, over 700 titles are considered top-performing games on the platforms of the provider’s partner online casinos and clients. Most of its games are compatible with both desktop and mobile devices.

For more than two decades, Microgaming has focused its attention and efforts into making high quality games, and this is evident in the stellar graphics and interactive gameplay of its products. The software provider indicated on its website that the technology it uses in its games is scalable, making it easy for its developers to update and expand their features in the long run.

MIcrogaming has come up with a huge number of high-quality games that it’s really hard to tell which of them deserves to be singled out. However, when talking about Microgaming, it’s hard not to mention its branded blockbusters that include Jurassic World, Game of Thrones, and Lara Croft Temples and Tombs. Other notable entries are Treasure Tracks, Eleven Gold, Coin Bash, Mystic Shrine, Solar Wilds, and Atlantis Rising.