A Closer Look At NetEnt 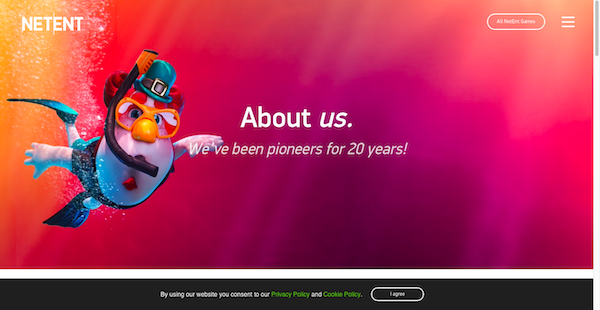 For more than two decades, NetEnt has been at the pinnacle of the online casino software provider industry. The company already thrived way before online gambling platforms started using HTML5 and had to rely on Java to make things work. The very proof of its success is the fact that it’s actually listed on the NASDAQ OMX Stockholm—something its rivals could only hope for.

NetEnt started just a few years before the turn of the century. The Swedish company was founded in 1996 under its original name Net Entertainment. The firm was born through a collaborative effort by entrepreneurs and visionaries who turned to the internet after slot machines were banned in Sweden. Despite the very limited computer technology at the time, they were able to come up with the first ever online casino software using Java.

Net Entertainment continued to develop its product in the following years. It eventually launched its very own operated online casinos, but they sold them in 2005. The next year, as the company focused more on casino modules, its software received a lot of praise from the budding iGaming industry at the time. The Malta-licensed firm’s success continued all the more when it transitioned to HTML5 and started producing more sophisticated and interactive games. In May 2015, the company ditched its old name for NetEnt in a rebranding move that proved successful for the coming years.

On its website, NetEnt proudly states that digital entertainment is its prime mover as it seeks to only provide the most premium gaming solutions to its clients. As a pioneer, the company sees to it that every product it releases leverages its cutting-edge platform, which is known to offer flexible digital casino solutions.

NetEnt’s gaming suite houses more than 200 titles. What’s good about the company’s software is it allows players to access their favorite games without the need of downloading any special programs or apps. Whether they are using desktop or mobile, players can access all of NetEnt’s games with just a single click

As stated earlier, NetEnt is a pioneer in the iGaming industry, and it has also been one of the leading online gambling software suppliers for many years now. Therefore, most, if not all, of its very successful titles are easy to spot on its partner online casino sites. At the very top of the list of its most successful titles are Starburst and Gonzo’s Quest that have received a lot of praise from both players and critics.