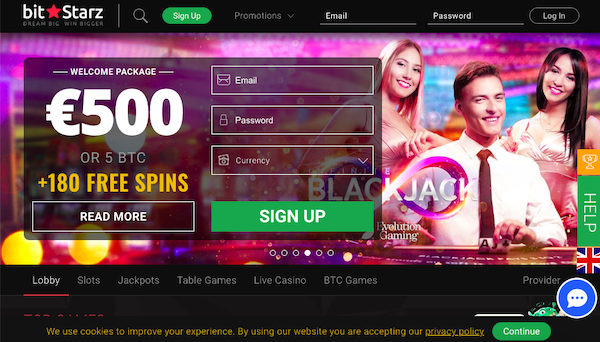 The Bitstarz Team has welcomed three new slot games to its collection. The new titles feature groovy cats, fierce dragons and an irate T-Rex—all of which play a part in players’ victory.

Boomshakalaka is the latest slot game from Booming Games. It is home to all sorts of felines: hip, rich, and fat cats. In the game, players assume the role of the VIP (Very Important Pussycat), who is after the sought-after jackpot.

Aptly called “Catpots,” the jackpot comprises items that are valuable to cats. Symbols that show up in the reels include Jewel-encrusted yarns of wool, gold fish bones, and several types of felines. If Lady Luck is on your side, you might end up screaming “Boomshakalaka” when you hit the jackpot.

This game has 25 paylines, Players should be after the 1 of 4 dynamic quick-hit Catpots because this could reward them with up to 50 times of their bet. Winning 5, 10, or 15 Free Spins will automatically activate the fourth Catpot, which means players can bring home 200 times of their bet.

Amatic’s newest product, Dragon’s Gift, is also now live on Bitstarz Casino. This Chinese-themed slot offers a straightforward gaming experience, but it actually uses the rarely seen 3-4-5-4-3 layout. In addition, this game has 720 paylines, and the maximum winning is 15,000.

As an Asian-inspired game, Dragon’s Gift is filled with symbols that feature ancient artifacts, like China’s mythical beasts, Chinese characters, and many more. Entertaining animations are triggered when players hit a Scatter, a Wild or a payline. Expanding symbols and bonus symbols are also present.

The third game to be part of the latest update is from Play’n Go. Raging Rex, like what its name suggests, features wild and angry T-rexes. The background of the game is also Jurassic-inspired.

Interestingly, the game isn’t designed to stimulate fear. It lets players take delight on the anger that’s been bottled up inside the different dinosaurs in the game. Some features that will be beneficial to players include Rampage and Raging Spins. The former involves stacks of walking wilds, the latter is all about spins with unlimited re-triggers.

What’s more interesting about Raging Rex is it has 4096 paylines. That means players have better chances of winning in this game than surviving in a dinosaur world. There is also a good chance that players could win 5000x of their bet.

2019-01-13
Previous Post: Best Online Slot Games: How & Where To Find Them
Next Post: What’s Blackjack Surrender & How Does It Differ From Classic Blackjack?