How To Play Poker 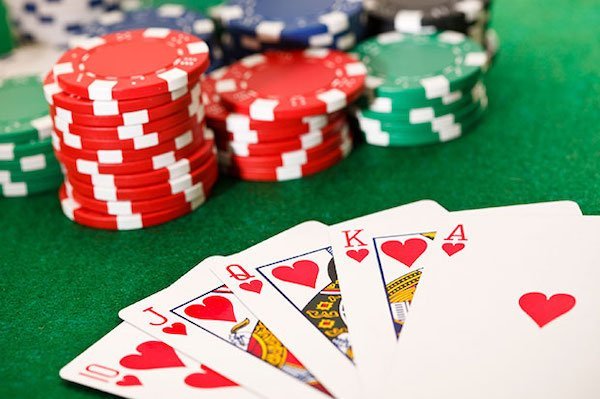 Poker is a game of chance and strategy. It requires players to be very observant of their fellow players because anyone else could be bluffing. A strong intuition may make a difference, but it’s actually practice that can make one a master of the cards. Learning the basic rules and jargons is also just as important.

There are many variations of poker. Both brick and mortar gambling facilities and online casinos offer loads of poker versions. However, it is Texas Hold ’Em that remains to be the most popular one. And it’s because it’s the easiest to master and it’s the one that is always featured on TV shows and movies.

There are many contrasting theories as to how poker came to be. Historians believe that the game was conceived nearly 1,000 years ago. However, they don’t see eye to eye when it comes to the place of its origin. There are some who claim that the game can be traced to a domino-card game played by a Chinese emperor in the 10th century.

There are also historians who claim that poker was from a Persian card game, called “As Nas,” which started in the 16th century. Another theory claims that poker is a descendant of a 17th century French parlor game known as “poque.” But it’s important to note that both poque and its German equivalent “pochen” were also inspired by the Spanish game “primero.”

According to History, poque reached the North American soil when French colonists arrived in the region. The colonists played the game in their settlements, including New Orleans and its surrounding area. It was the English-speaking settlers who were credited for the Anglicized name of the game, poker.

The earliest incarnations of poker were played with a 20-card deck. Primero dealt three cards to each players. In the mid-1800s, some changes were made. Poker was from then one played with a 52-card deck and each player was dealt with five cards. An additional betting round was also added to make the game even more interesting, as per Club Poker.

Poker can be played with 2-10 players at a single table. The game begins with the dealer handing everyone two cards starting with the first player on his right and ending with himself. The player on the dealer’s left side has an important role because he or she gets to act first in the round.

The first player can either bet or check. The latter is basically doing nothing. Once a player in the table has opted to place a bet, the rest of the players can either call, fold, or raise. The first one is match is amount in the pot. The second is give up his hand and all the chips he placed in the put. The third option is put more chips to increase the pot value.

When all the players in the table have made their move, the first betting round is complete. The dealer then deals three more cards face-up on the table. These three cards are called community cards and they can be used by anyone. This part is called the flop.

Another betting round will take place next. During this round, players are given the opportunity to bet, raise or fold. After this round, the dealer proceeds to placing a fourth card on the table—one that can be used by anyone. This is called the turn.

Again, another betting round will be carried out. The dealer  will then put a fifth card on the table and it has the same use as all of the first four cards. The part is called the river. Once all five are complete, the final betting round ensues.

if more than one player remains after the final betting round, the cards dealt to the players earlier are exposed. The remaining player with the highest ranked hand is the declared the winner of the pot. Another way to win is to get all other players to fold, as pointed out by PokerListings.

In poker, the lowest-ranking hands are High Card and One Pair. Comparing the two, the High Card is lower in value because it is simply “nothing.” There are no cards of the same rank or from the same suit. Worse, all five cards are not consecutive.

Slightly better than High Card and One Pair are Two Pair and Three of a Kind. The above median value cards are Full House, Flush, and Straight. Meanwhile, the highest-ranking hands are Royal Flush, Straight Flush, and Four or a Kind. Overall, Royal Flush (comprising a 10, Jack, Queen, King, and Ace from the same suit) is unbeatable.

It is important that players come prepared when they play poker. Having a clear idea on when to bet, check, raise or fold is very important. During the initial round of betting, they should already know if their hand is worth playing. They should also be able to discern at this point which cards they need to show up in the community cards.

WikiHow recommends to always raise when a hand has a pair of 10s, face cards or aces. These are good cards that can make up a strong hand. If any of them show up in the first two cards given by the dealer, players are advised to bet before the flop so that the value of the pot is increased.

There is a round of betting before flop that’s aptly called pre-flop. This happens just before the dealer lays down the first three community cards. Players should call at this point if they have an ace and a face card or two consecutive face cards of different suits. Any low pair is also worth the call.

The best strategy there is when playing poker is knowing when to fold. Veterans say that for one to be a successful poker player, one should know when to fold his hand and accept a smaller loss than to hold on to a losing hand for too long and just fail to secure the pot in the end.

As mentioned earlier, another way of winning in poker is to get all other players to fold. This is where the art of bluffing comes in. A bluff is a bet or raise made by a player whose hand is not thought to be the best. Basically, the objective of this strategy is to induce a fold by an opponent with a better hand.

Bluffing is an integral part of poker. At the same time, players who typically bluff are those who are not afraid of taking unnecessary risks. For former professional poker player Dough Polk, poker is going to be boring when there is no bluffing involved. Moreover, bluffing could be really profitable when done properly.