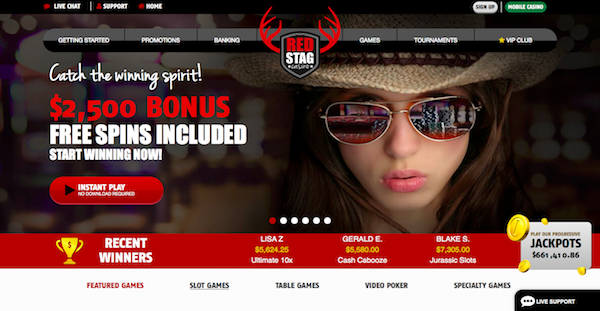 Deckmedia has just announced the biggest update to hit Red Stag Casino for some time and it is one that will upgrade the gambling site’s software and enable it to accept and send out payments in Australian dollars.

In a press release issued on Wednesday, Deckmedia announced the AUD Currency and Software Upgrade Update for Red Stag Casino. According to the company, this update is intended mainly to improve both the currency conversion process and the retention of players who are based in Australia save for those in restricted regions.

The updated platform will still work both on Mobile and Desktop and it is expected to seamlessly combine casino games and Red Stag’s account management components, including its Cashier, Rewards system, tournaments, message center, and progressive jackpots.

The changes will mostly be felt by players since the registration process will now be streamlined through an integrated web-based interface that gets rid of flash-based gaming client, improves navigation, and provides an overall better customer experience.

Deckmedia said that the best part of the update is the addition of support for AUD currency. Now players staying in Australia won’t have to go through a conversion process since their deposits and winnings are automatically converted to the currency of their choice.