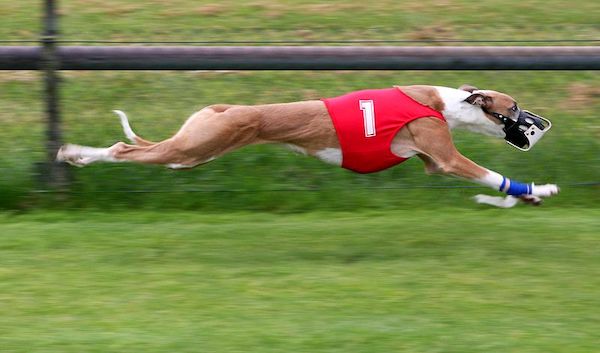 While many animal rights activists are pleased with the recent decision to officially end greyhound racing in the Sunshine State by 2021, the repercussions of the move make it difficult for all to be in high spirits. It appears several problems are about to arise from here on out.

In November, nearly 70% of people living in the state of Florida voted to approve the closing of greyhound racetracks. The other 30% were against the elimination of the tracks. Since the majority has spoken, it is now a matter of time until greyhound racing ceases to exist in the state.

The decision isn’t too surprising considering that greyhound racing is no longer as popular as before. The sport used to be quite famous in several states way back in the 1930s. But starting in the 1990s, its popularity started to wane as more people began protesting against the use of dogs in sports betting.

Patrons turned away from the sport after learning that many dogs were being mistreated. Greyhounds that have gotten too old for racing were also killed, causing many people to go against the activity. As greyhound racing became less and less popular, horse racing gained more support from patrons of sports betting.

In light of the imminent termination, government officials have voiced a different opinion on the aftermath of the move. They pointed out that there is now a struggle to find homes for the more than 6,000 greyhounds that have been freed from the sport. Human rights activists, however, maintain that they are prepared to address the influx, according to USAOnlineCasino.com

Another negative effect of the closing is the long list of job cuts. Florida is the one with the largest number of racing parks of the six states that still practice greyhound racing. Since the 11 greyhound parks in the state will be shut down, many people will lose their jobs. This could slightly increase the unemployment rate in the state.

The economic impact of the closing of the tracks will also be evident moving forward. Owners of the tracks will be forced to close or sell the tracks. This could repel gambling companies from making investments or expansions in the Sunshine State. Florida has benefited from the revenues of local casino operations. The state has been earning million of dollars per year, but this could soon change.

People in Florida also passed Amendment 3 two months ago. This basically seeks to prevent additional casino development in the state. The move is seen as Florida’s first step toward eliminating gambling operations in its territory altogether. And should this happen, the state will no longer benefit from casino revenues.