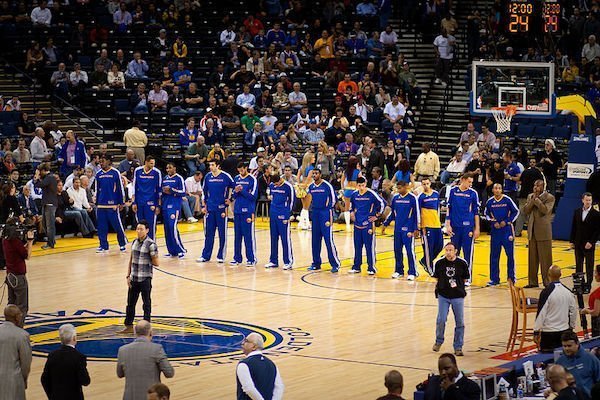 The Philadelphia 76ers are competing against the Golden State Warriors this Saturday at 8:30 p.m. ET at the Wells Fargo Center in Philadelphia, Pennsylvania. Did the former with 39-22 SU, 28/33 ATS make enough improvement to beat the latter with 43-18 SU, 25-35-1 ATS?

The Sixers are said to be 5-2 SU and 3-4 ATS since acquiring Tobias Harris, Boban Marjanovic and Mike Scott from the Los Angeles Clippers. Harris is a proven scorer. Marjanovic, on the other hand, is a quality center. But sadly he is down with a sprained right knee. Fellow center Joel Embiid is also suffering a sore left knee.

While Embiid’s scoring will surely be missed during the game, Harris, Ben Simmons, and Jimmy Butler are expected to step up and prove their earlier win against the Warriors was not something out of random luck. Embiid is a valuable player to the team, however, so betting odds are leaning toward the opposing team.

Speaking of the Dubs, they also have some issues to overcome if they want to win the game this Saturday. DeMarcus Cousins has been doing well since his season debut, but Damion Jones is down with a torn pec. Jordan Bell is not playing because he has flu-like symptoms.

Still, a rested Kevin Durant will likely make a difference considering the team’s two straight losses. KD is expected to offer a big game. Despite the Warriors’ recent struggles, they still rank No. 1 in the NBA scoring, so the betting odds are in their favor.

Don’t miss your chance to get a free 50% bonus when you bet on the basketball game at Bovada Casino. Visit the site HERE to place your bet. ABC will provide coverage from Wells Fargo Center, so tune in on the channel to find out if you won.